Have you ever been part of a high functioning software development team?  If so, you know how great it can be when the team finds their rhythm.  For most teams, this just doesn’t happen overnight.  For other teams, this doesn’t happen at all.  We’ll describe some of the ingredients required and how, with time, a team finds this balance

The ingredients required to create a great team, regardless of discipline, according to Patrick Lencioni and his 5 Dysfunctions of a Team, can be summarized as:

Trust – the willingness to be vulnerable and admit mistakes, weaknesses and the need for help when necessary.

Healthy Conflict – the ability to have passionate debates about key issues leading to a result that benefits the team and its goals.

Commitment – the commitment of everyone to a common team goal.

Accountability – holding each other accountable when actions are not productive to the overall goal of the team.

Team Focused – the focus on the team and its achievements and not the individual’s goals and their personal achievements.

Even with the right ingredients in place, teams will still take time to begin to work well together.  Each team struggles through 4 different stages before they begin to find their rhythm.  These stages can be described as Forming, Storming, Norming and then Performing.

Stage 1: Forming – this early stage, Forming, exists when the team members do not know much about each other yet.  During this stage, everyone is cordial, positive, and very accommodating.  Until everyone gets to know each other better and they begin to melt into the team, they’ll stay in this stage.  Introducing some getting to know you types of activities may help increase the speed in which the team progresses through this stage.

Stage 2: Storming – during this stage, Norming, the team members begin to push against each other to understand their individual positions within the team.  This assumption of roles sometimes creates stress and anxiety.  As different people begin to have conflicts with working styles and the workload consistently increases, so does the Storming.  With the right ingredients in place though, this stage hopefully will subside, and the team will move on to the next stage, Norming.

Stage 3: Norming – after some time Storming, the team begins to settle into some roles and begin to better understand each other’s strengths and weaknesses.  They start to socialize together and begin asking one another for help and as well as offering constructive criticism.  But, as new complex tasks and challenges face the team, they may drift back into the Storming stage.  This back and forth between Storming and Norming is expected.  Each time this happens though, the time spent Storming will be greatly reduced.

Stage 4: Performing – the final stage, Performing, where the team begins to experience success and achieving goals set forth by the team.  At this point, the team is feeling GREAT and the experiences they’ll carry with them will help them understand and make other teams that they’ll become part of even better, faster.  It’s unfortunate that a lot of teams never make it to this stage and never get to know what a great team feels like…

The benefits of a team focused on a common goal greatly outweighs that of the individuals alone contributing to the same goal without team focus.  Working together as a team has benefits such as Increased Creativity and Learning, Complementing Each Other’s Strengths and Weaknesses, Promote Stronger Sense of Ownership, and Encourages Risk Taking.  These benefits lead to more creative solutions, more effective discussions and through continued learning, the team will go on to achieve what no individual could do alone.

A software development team that has the right ingredients in place and progresses through the different stages of team development in time will begin to see success.  This success can be seen through higher quality software deliverables, faster and more efficient Sprints, more positive and encouraging discussions and interactions, and a shared attitude that the whole team can do anything.

At Mach One Digital, we value highly effective teams and consistently celebrate the successes of each team, no matter how small.  If you are in need of a great team, let Mach One Digital be your trusted technology partner. 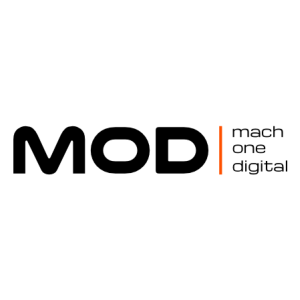 Join in the discussion...

Your company IS a software company – just admit it!